valuing arts & culture as essential for all in Irish life

Common Ground is delighted to announce that multidisciplinary artist Evelyn Broderick is the recipient of the A Radical Imagination – a community based residency award 2022.

Evelyn’s response to A Radical Imagination is the hosting and creation of ‘People’s Sheds’ in the Lodge, Inchicore and studio 468 in St Andrew’s Community Centre, Rialto. Evelyn uses socially engaged structures to shackle and bind drawing, printmaking and sculpture together. Her open dialogue approach with local people builds connections and collaborations.   Through the ‘People’s Sheds’ Evelyn will connect with the local community at local ‘drop in’ sessions. Here they will explore ideas together how a community’s social fabric can be discussed, honoured and fostered through collective hand skills, sharing, making and thinking. Altogether this will push the idea and boundaries of ‘People’s Sheds’ and what A Radical Imagination means to them.

Evelyn relocated to Liverpool to develop her practice in 2015 where during her three years in North West England, she graduated with an MA in Fine Art from Liverpool John Moores University.  Evelyn spent a year in Sweden 2017/2018 where the Nordic pedagogical practices have had an influence on her thinking and practice. In 2019 she took part as a participating artist with Heart of Glass (UK) ‘Rupture’ coaching programme facilitated by Sarah Bailey. Evelyn spent 2020 engaging the A4Sounds community as part of A4Sounds Studios public programme ‘We only want the Earth’. In 2020/2021 she was artist in residence at UCD’s Parity Studios at the College of Social Science and Law.

Evelyn also co- founded an artist and art education cooperative Quad Collective CIC.  Between 2014 and 2017, Quad acted as an educational freelance group that worked alongside art institutions such as Tate Exchange, Tate Liverpool, The Office of Useful Art, The Uses of Art Project, L’internationale, STATIC Gallery, The Walker Art Gallery, The Royal Standard, and Museo Reina Sofia.  Notable projects include Art Gym at Tate Liverpool, Our Studio at The Walker Art Gallery and See/Think/Do with Collaborative Arts Partnership Programme (CAPP).

In 2010 / 2011 Evelyn graduated respectively with a BA in Fine Art Painting, Limerick School of Art and Design and H.Dip in Art and Design Teaching at Crawford College of Art and Design.   In 2021 she was also awarded an Art’s Council of Ireland, Arts and Participation bursary.

A Radical Imagination a community based residency award is funded by Common Ground through its annual Arts Council and Dublin City Council funding awards. 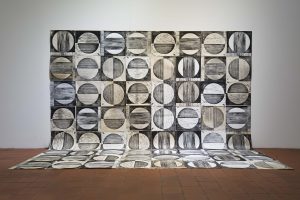